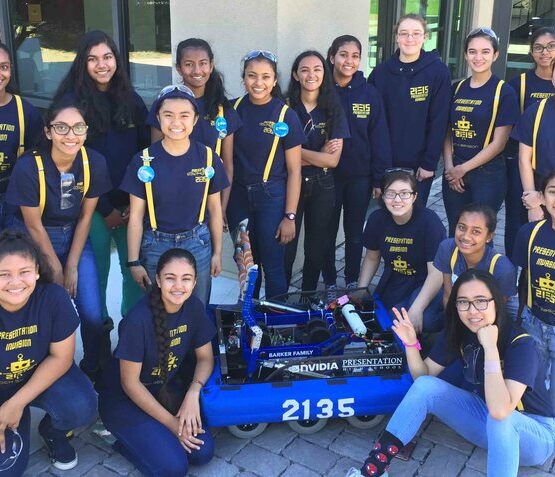 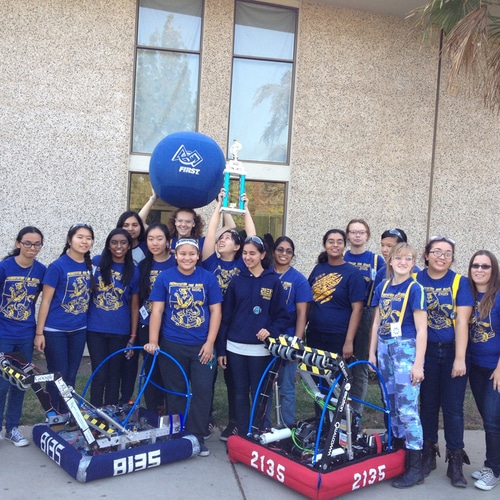 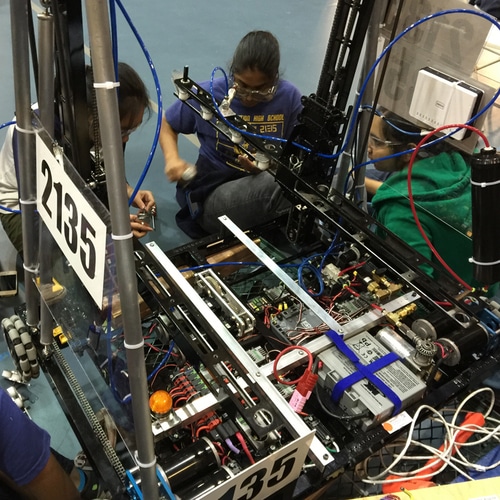 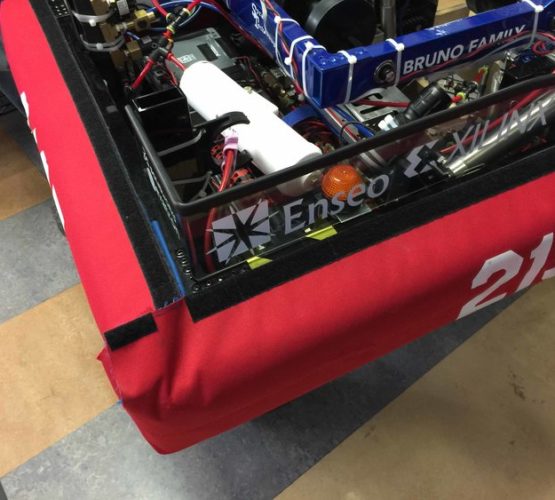 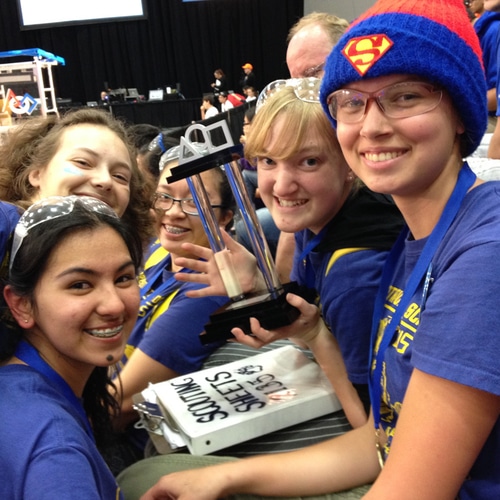 US FIRST Team 2135 is an all girls high school Robotics team sponsored by Enseo. The team known as Presentation Invasion competes in the FIRST Robotics Challenge (FRC) and serves the San Jose California community through numerous outreach and service projects.  The team is primarily composed of 8th through 12th Grade girls primarily from Presentation High School in San Jose, CA.

Each January, the team receives a new challenge requiring a new robot be designed,  manufactured and tested in a six week build season. That build season is followed by a 6 week completion season. Presentation Invasion uses high performance 3D Computer Aided Mechanical Design tools to design the robot mechanisms. C++ for system software development. Along with Computer Controlled Milling equipment and numerous other manufacturing equipment including a high Speed Lathe and third party suppliers to manufacture two robots each season. One competition robot and an identical practice & development robot. Team members often are skilled in multiple areas including competition activities such as mechanical/software repairs, driving, coaching and scouting.

The team utilizes a group of Mentors including an Enseo employee who has been with the team since its founding in 2008 and serves as Lead Mentor for the team. Since its founding, the team has graduated more than 400 girls many of whom have gone on to very successful college and professional careers. The team has won numerous awards and competitions including competing in the FRC World Championships.