Home - Articles - Time: How to Watch Netflix Free in Your Hotel Room 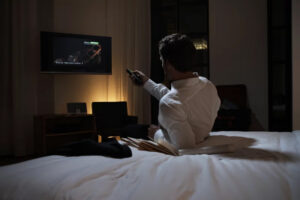 In the years before inexpensive big screen, high-definition televisions hit the market, it used to be a treat to stay in a hotel. Typically the rooms featured televisions that were bigger than what you’d likely have at home, they almost all had cable (including movie channels like HBO), and often you could order pay-per-view movies that were either still in the theater, or wouldn’t be available on video for at least a year.

But now it’s a drag to overnight away from home. We may be in the golden age of television, but if you’re stuck in a hotel with crappy or too-expensive Wi-Fi, you might as well be living in the ’70s. These days, some of the best television isn’t even on television — it’s on streaming video services like Netflix, Hulu Plus, and Amazon Prime.

Read the Rest of the Article at TIME