Hotel Management: The age of BYOC: Bring Your Own Content

Home - 2017 - Hotel Management: The age of BYOC: Bring Your Own Content

Hotel Management: The age of BYOC: Bring Your Own Content 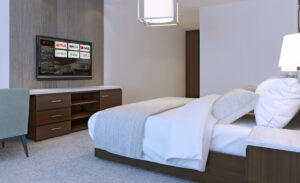 Vanessa Ogle, CEO of Enseo, a developer of set-top boxes and the only official partner of Netflix in the hospitality sector, expressed concerns regarding the industry’s ability to accommodate new technology to the degree that the market demands. She referred to the current state of network infrastructure in hotels as “archaic” in many places, and called for major upgrades in order to sustain the level of activity she anticipates in the near future.

“These are not technology companies, they are hospitality companies, so educating them on the importance of network infrastructure has been a challenge,” Ogle said. “However, we are in a world of difference today compared to a year ago, and hotels are on track for improvements.”

Read the Rest of the Article at Hotel Management