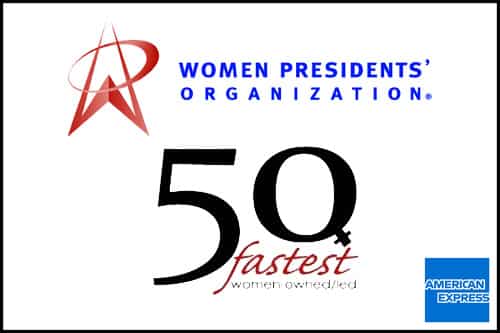 The Women Presidents’ Organization (WPO), in collaboration with American Express, released the 13th annual ranking of the 50 Fastest-Growing Women-Owned/Led Companies. The companies on this year’s 50 Fastest list span a range of industries, including healthcare, technology, and consulting. From January to December of 2019, the 50 Fastest generated a combined $3.8 billion in revenue and collectively employed more than 17,000 people.

Enseo, led by CEO and Founder Vanessa Ogle, ranked 33rd – its second consecutive year to rank in the list.

“The 50 Fastest Growing Women Owned/Led Companies are a trailblazing group of women who are leading some of the most successful businesses around the globe. At American Express, we are committed to supporting and backing the growth of women-owned and -led companies and are delighted to recognize these leaders for their success,” said Jessica Ling, Vice President and General Manager, Marketing Strategy, Content and Experiences at American Express. “Not only do women-owned businesses fuel the economy with trillions of dollars in revenue and the millions of jobs they provide, many have also pivoted their offerings and business strategies to provide essential services and accommodate their employees, which has proven to be vital for navigating the pandemic.”